What’s the Deal With Mercury Retrograde?

A Surprising Answer From A Vedic Astrologer 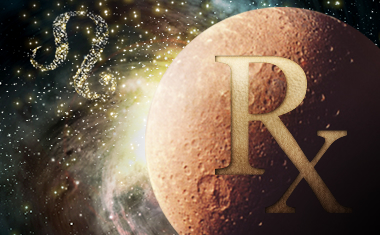 What’s up with Mercury Retrograde? Is it okay for you to make big decisions? Will your computer suddenly stop working?

Are the horror stories true? Will Mercury Retrograde cause you big problems?

In the past ten years, Mercury Retrograde has become a common topic of discussion among people who don’t usually talk about astrology.

Why is everyone paying so much attention to this tiny planet when it appears to move backwards in the sky four times a year?

Allegedly it will wreak havoc with technology, relationships, new contracts – you name it, and Mercury Retrograde will ruin it, according to many astrologers and articles on the topic. 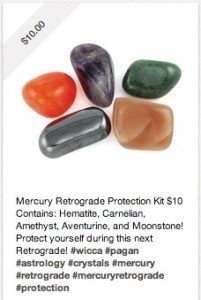 Are you scared of what might happen to you during Mercury Retrograde? You’re not alone. An entire industry has formed around your concerns. Your fear is big business. Enterprising astrologers will tell you that you need to buy things to stay safe.

I couldn’t believe my eyes when I saw this Pinterest posting for a Mercury Retrograde Protection Kit. How sad that someone might actually spend $10 on something so utterly misguided (though the gems do look pretty and may have their own healing properties, at least!) Maybe Snopes.com will get on this…

Bottom line is that “Mercury Retrograde” is a big misunderstanding that’s gotten more popular over time.

Here’s how it may have happened.

One of the pieces that may have gotten lost in translation is an element of Prasna, the art of divination that is based on a chart created for a question being asked in the moment.

Somewhere along the way, it’s possible that Western astrologers took that principle and incorrectly applied it to birth chart analysis, declaring Retrograde planets to be ‘weak’ and unfavorable.

In fact, retrograde planets are considered strong in Vedic Astrology.

Whether or not that’s a good thing or a bad thing depends entirely on your own chart, and is contextual, depending on what you’re talking about.

It’s not an across-the-board thing, where everyone will be affected the same way when a planet goes retrograde. (To know how Mercury is affecting your chart, the best thing to do is get a reading.)

I’m not sure why Mercury got scapegoated, in this instance, but when things like technology and relationships go wrong, it’s probably because of another factor in the chart, and not just what’s happening in the sky.

That’s the other thing – what’s happening in the sky is like the icing-on-the-cake to birth chart interpretation. It’s important, but only as an add-on factor, after evaluating the birth chart itself.

Over the years, everyone has been talking about Mercury Retrograde and concluding that it must be what’s causing their lives to get wonky every few months (this is called a “Confirmation Bias.”)  But it’s not the case, and is certainly not part of the tradition of Astrology.

If we’re going to start a false rumor about Astrology, can we please at least make it a good one?

How about every time the moon is waxing, we all suddenly feel compelled to perform random acts of kindness? Or anytime the Sun and Mercury are in the same house, we feel ultra-intelligent? And then we can all find ways to prove that it’s true.

It’s just an idea. It seems more appealing than buying protective gems, sprays, and books, and then hiding out four times a year.

So go ahead – sign that contract, get into that new relationship, make that big decision – as long as it’s truly in alignment for you, now is as good a time as any.

Want a much more effective way to navigate your fears and doubts? Click here and I’ll send you my free guide: 5 Steps To Discover Your Divine Plan When You’re Caught In A Web Of Doubt.

[Thanks to Hank Friedman for showing me how Prasna was the source of the Mercury Retrograde misattribution]. 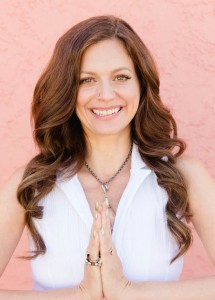 Tara Eleanor Divina, Vedic Astrologer and former Vice President at the Warner Music Group, went from working with the world’s biggest pop stars to reading the actual stars. Using Vedic Astrology, an ancient, sacred art of self-understanding and divination, she brings her clients clarity and peace by answering their deepest questions about their lives. She also weaves in her own techniques that empower people to connect with their higher guidance so they can move toward what’s most divinely aligned for them.